the typical helmet of the Roman republican period, derived from Celtic helmet design, similiar types found from Spain, Gallia, into northern Italy. Mostly found without cheek pieces (which were possibly made of leather in many cases). Later Montefortino helmets are the first helmets proven to be of Roman origin through inscriptions (mostly names of soldiers).
General rule is that the more decoration the earlier the helmet is likely to be. The mass armies after the reforms of Marius end of the 2nd century BC called for mass produced cheap but effective helmets. Little effort was spent on decorating the equipment for the mainly poor legionaries.

Here a soldier wearing a Montefortino type helmet, shown on a golden fibula, British Museum, London. Note that this helmet seems to have no cheek pieces 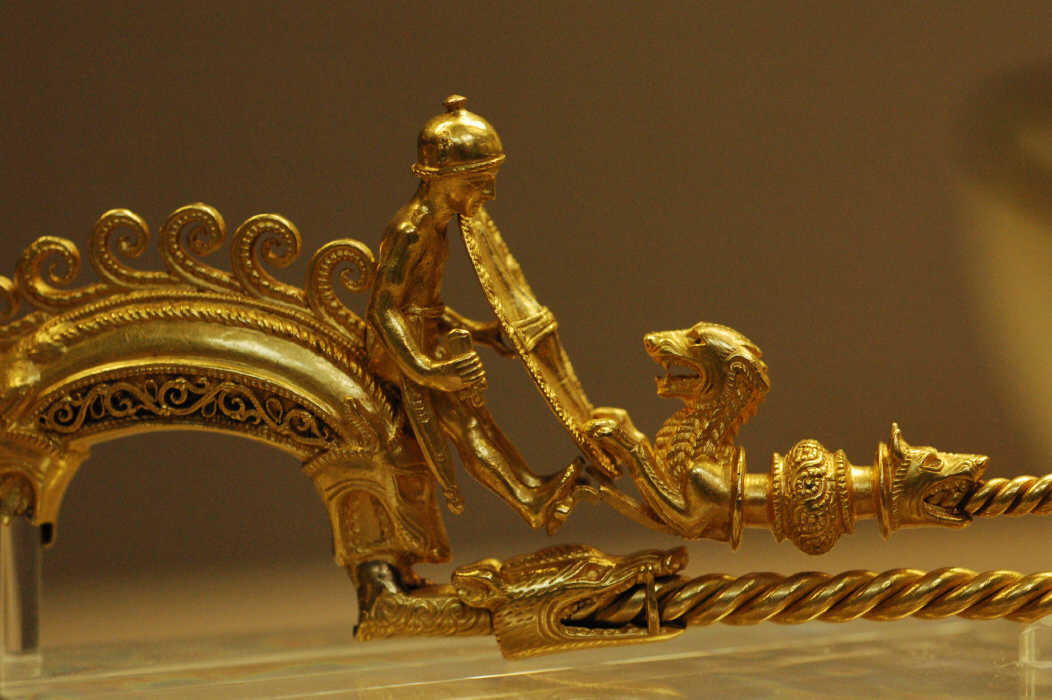 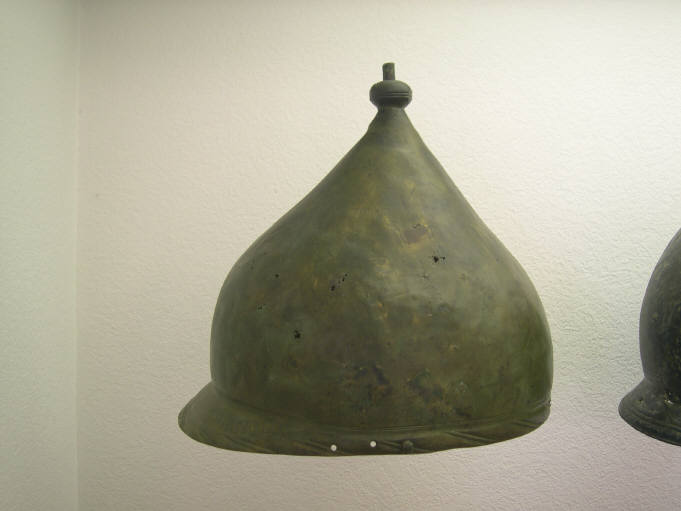 Early Montefortino type helmet, formerly of the Guttmann collection, now in a US private collection. With metal cheek pieces. 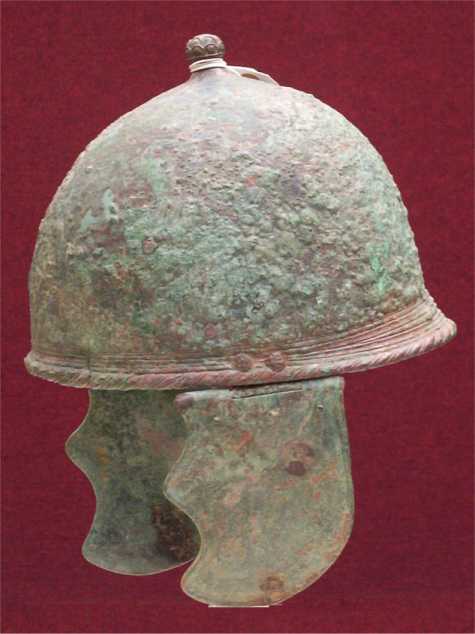 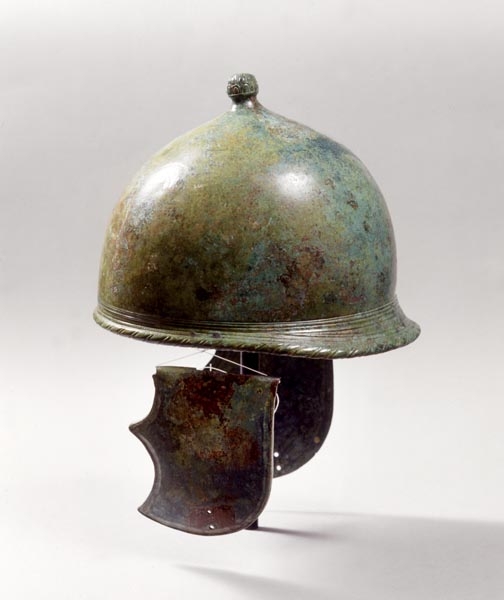 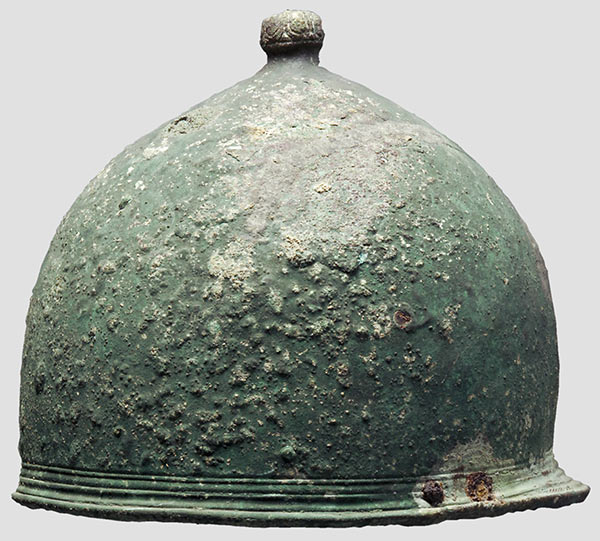 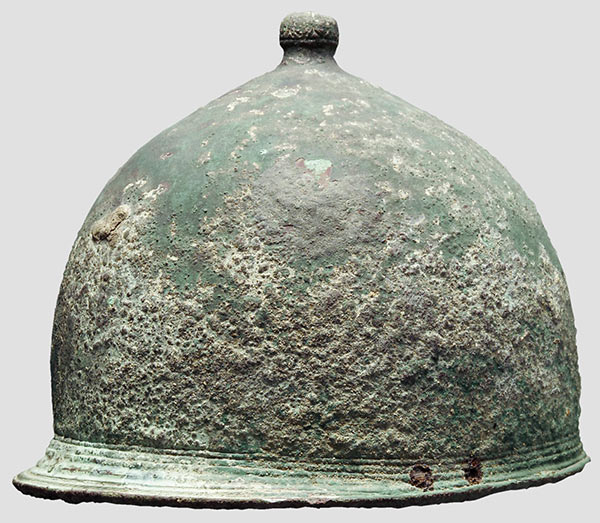 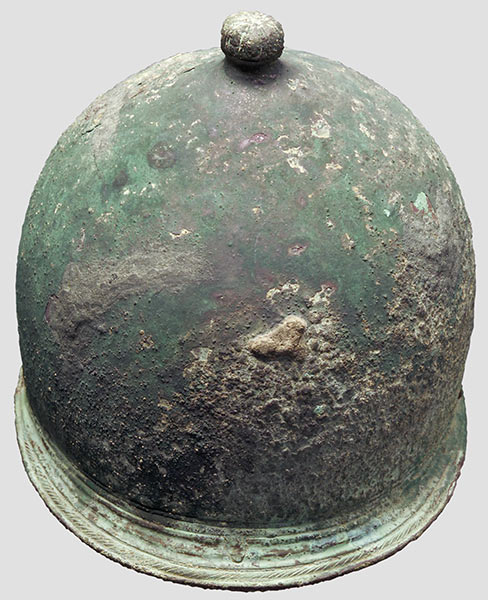 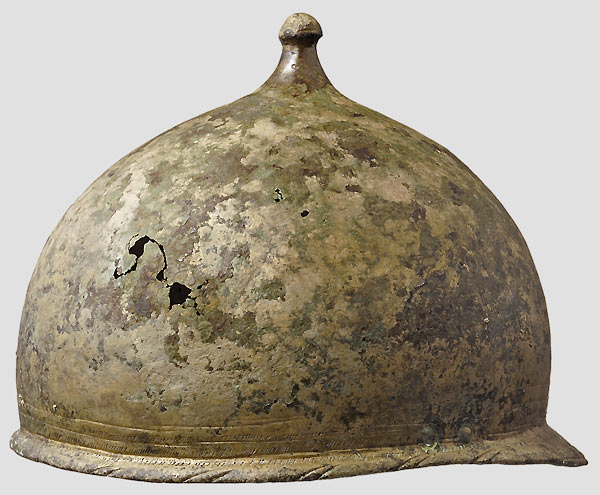 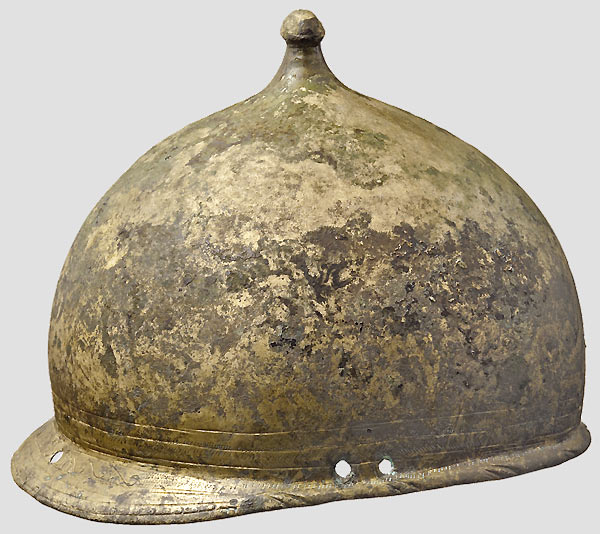 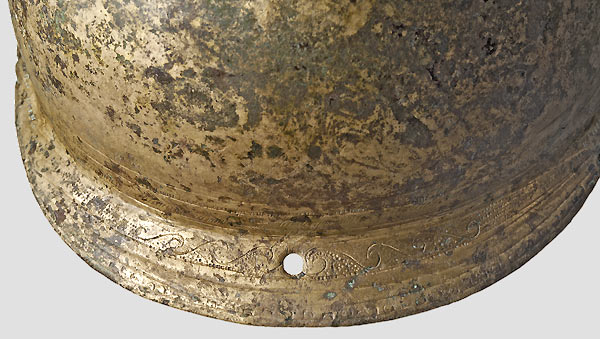 Montefortino Helmet of the 1 century BC, Collection Axel Guttmann 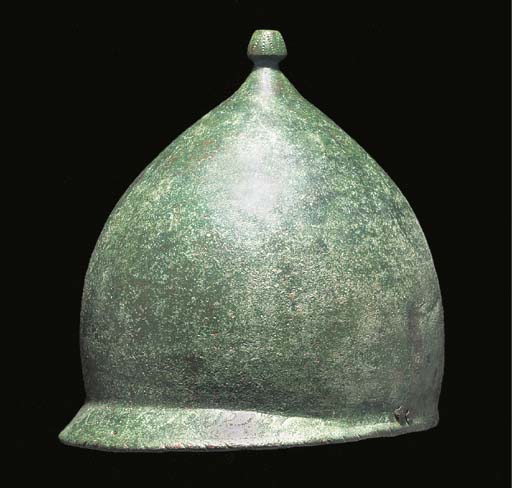 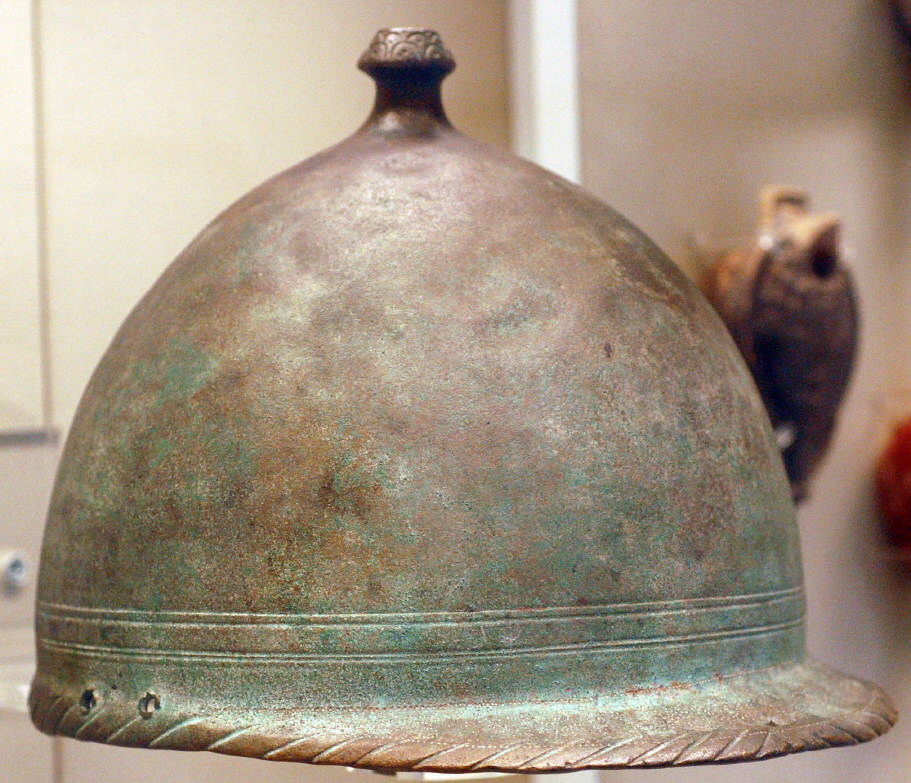 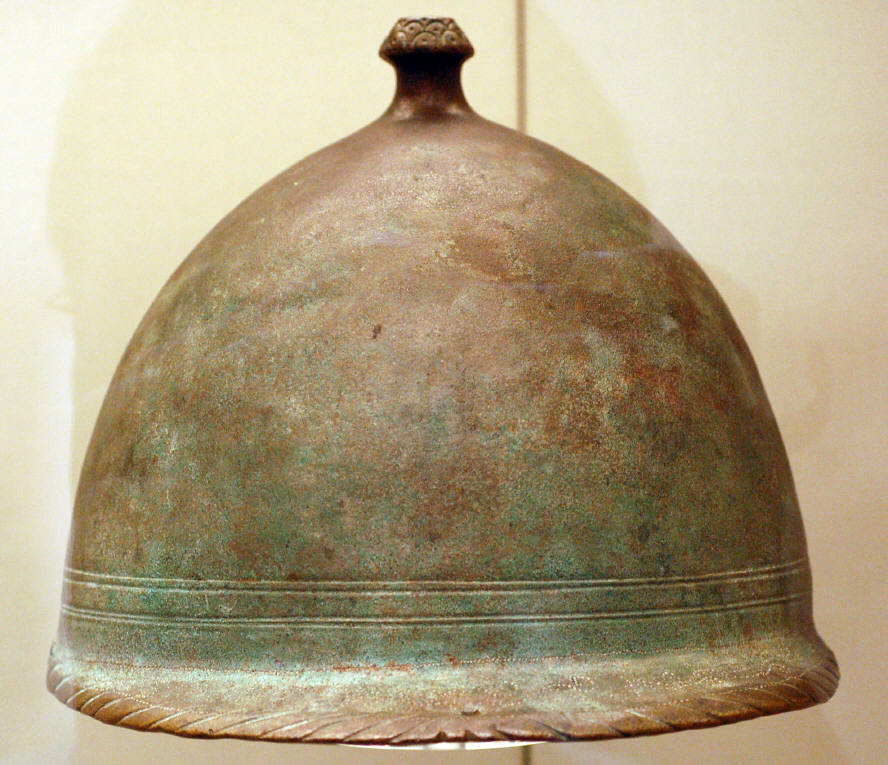 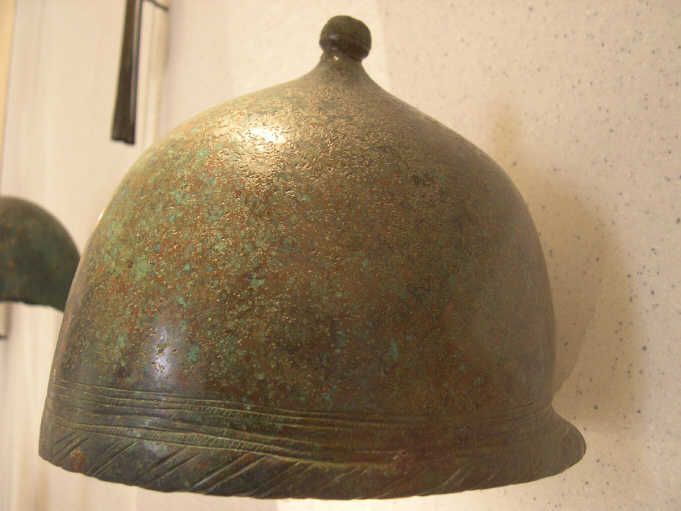 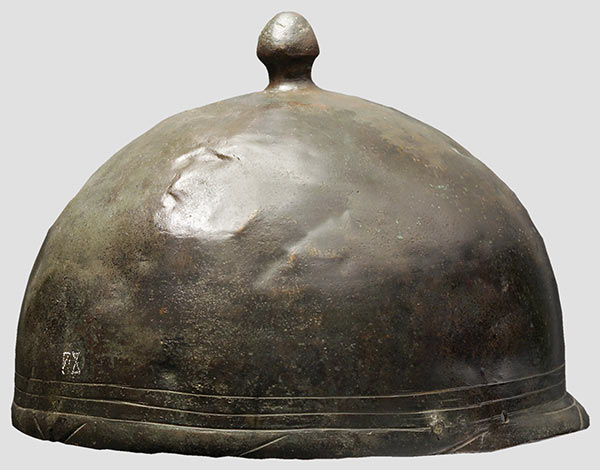 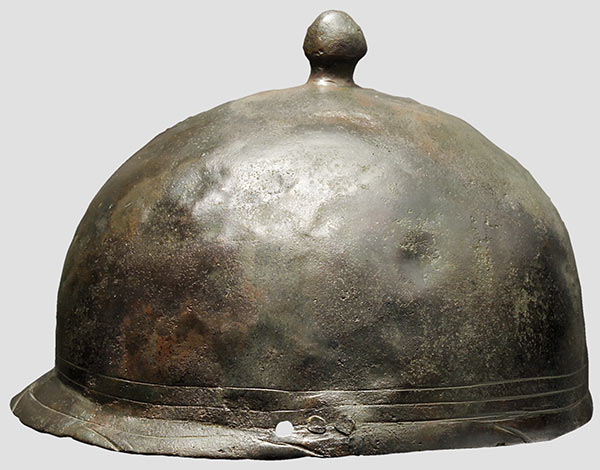 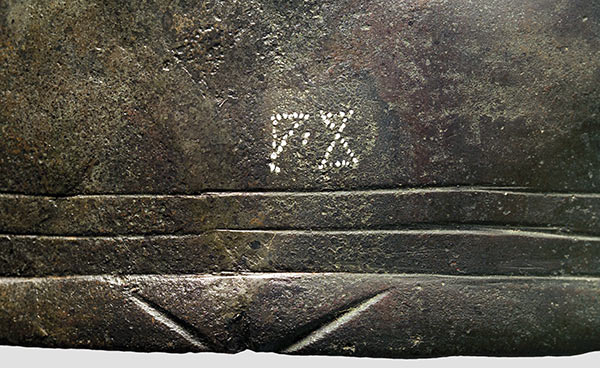 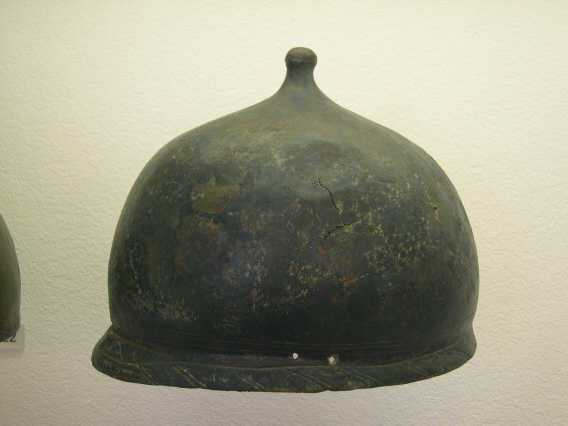 Montefortino Buggenum type helmet, ex Axel Guttmann collection, (images Herrmann Historika Auction)
Buggenum helmets are usually without much decoration, simple and practical, and show a wider neck guard than the earlier Montefortino type helmets it is clearly dervied from. This type is thought to have been in use during the period of Caesar (in parallel to the Mannheim type helmets) 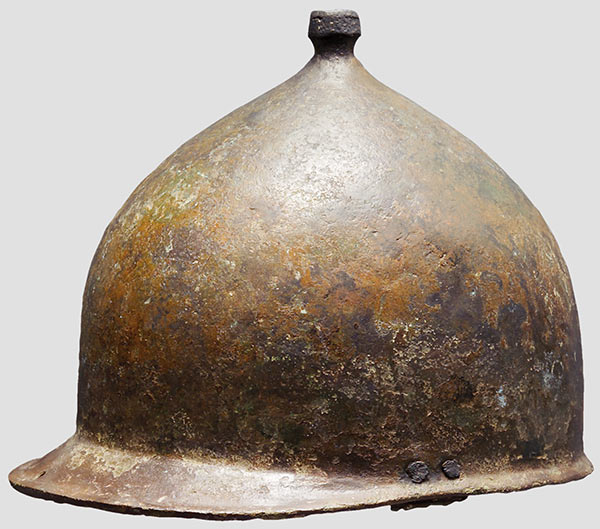 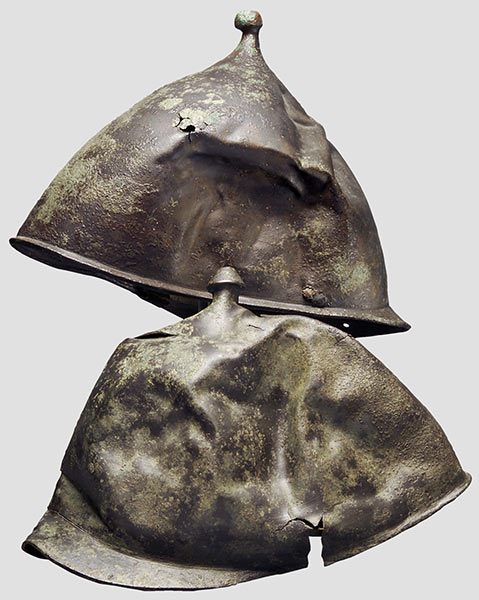