Infantry Equipment of the frist to third century AD. This covers the typical legionary, a roman citizen professional soldier as well as the foreign soldier serving in one of the many auxiliary cohorts of 500 or 1000 soldiers. 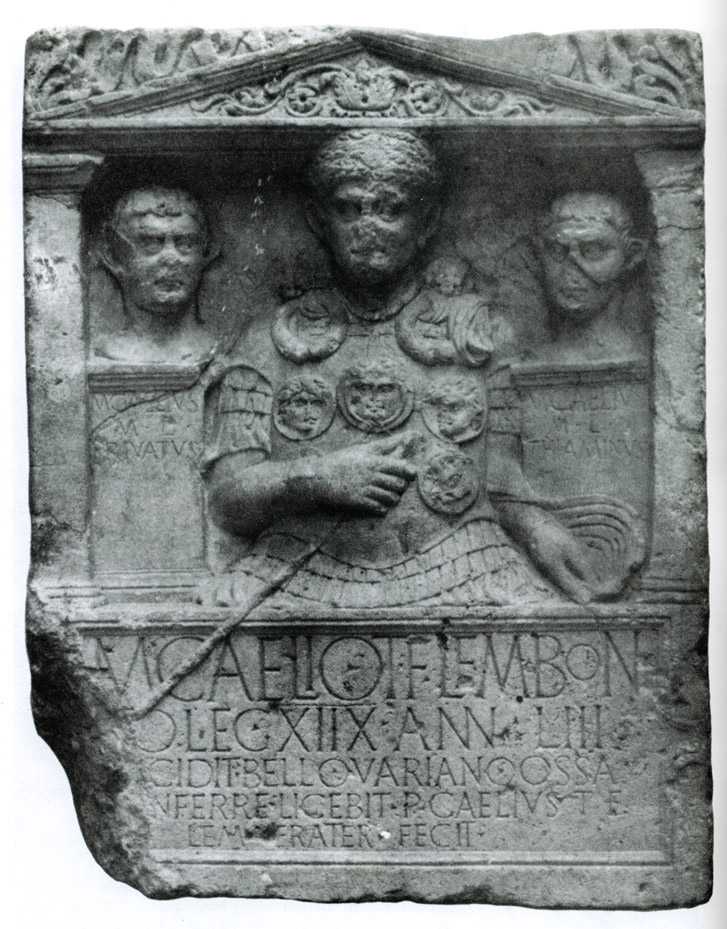 Roman Military Equipment made after orginials:

Below an early second Century Legionary, wearing the famous lorica segmentata armour, a gallic type helmet, a typical cingulum belt with attached pugio dagger, and a gladius type pompeianus on a thin balteus sword belt over his shoulder. The rectangular shield (scutum) is of the type shown on Traian's column and based on the examples found in Dura Europos on the Euphrates river 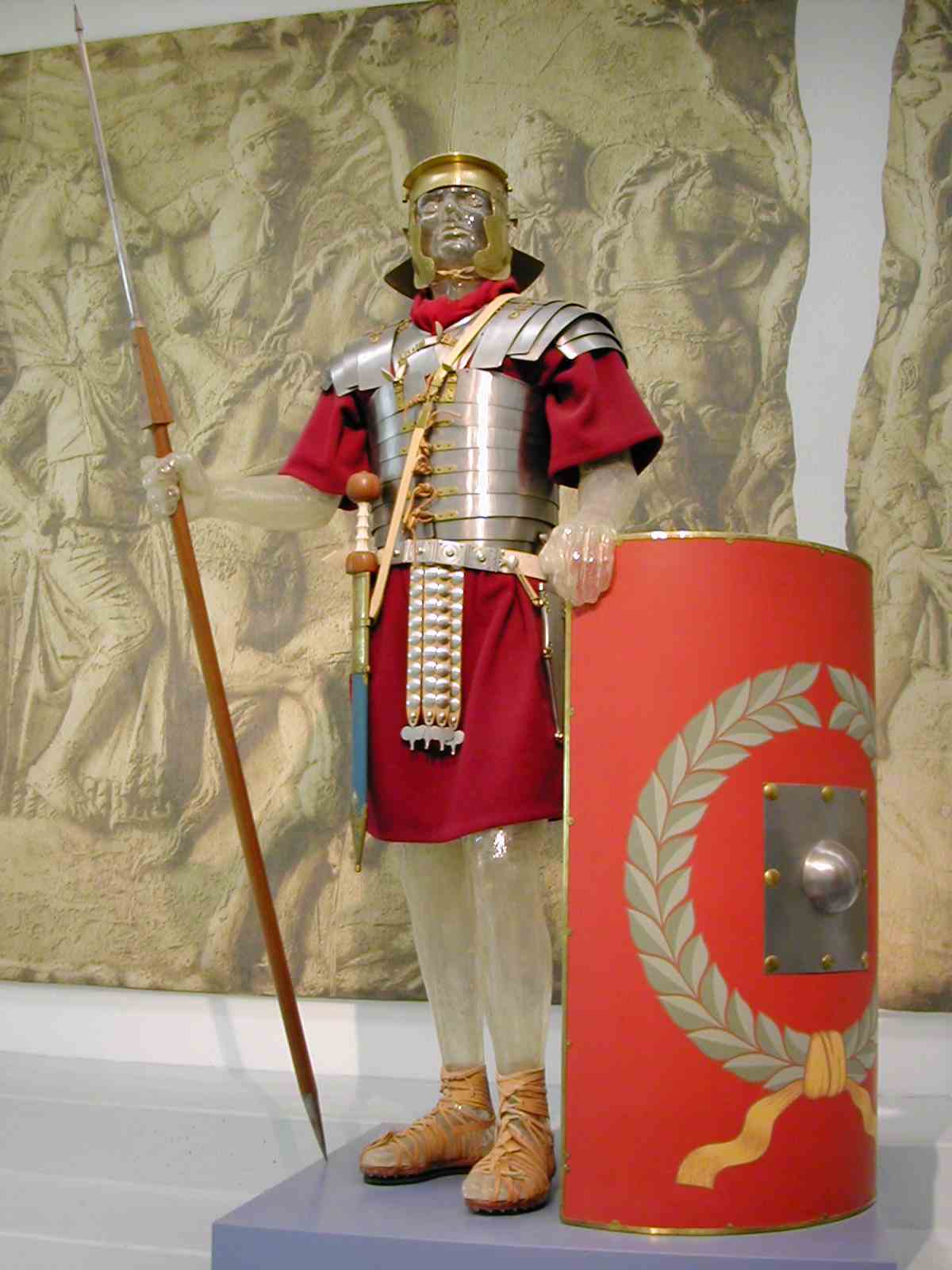 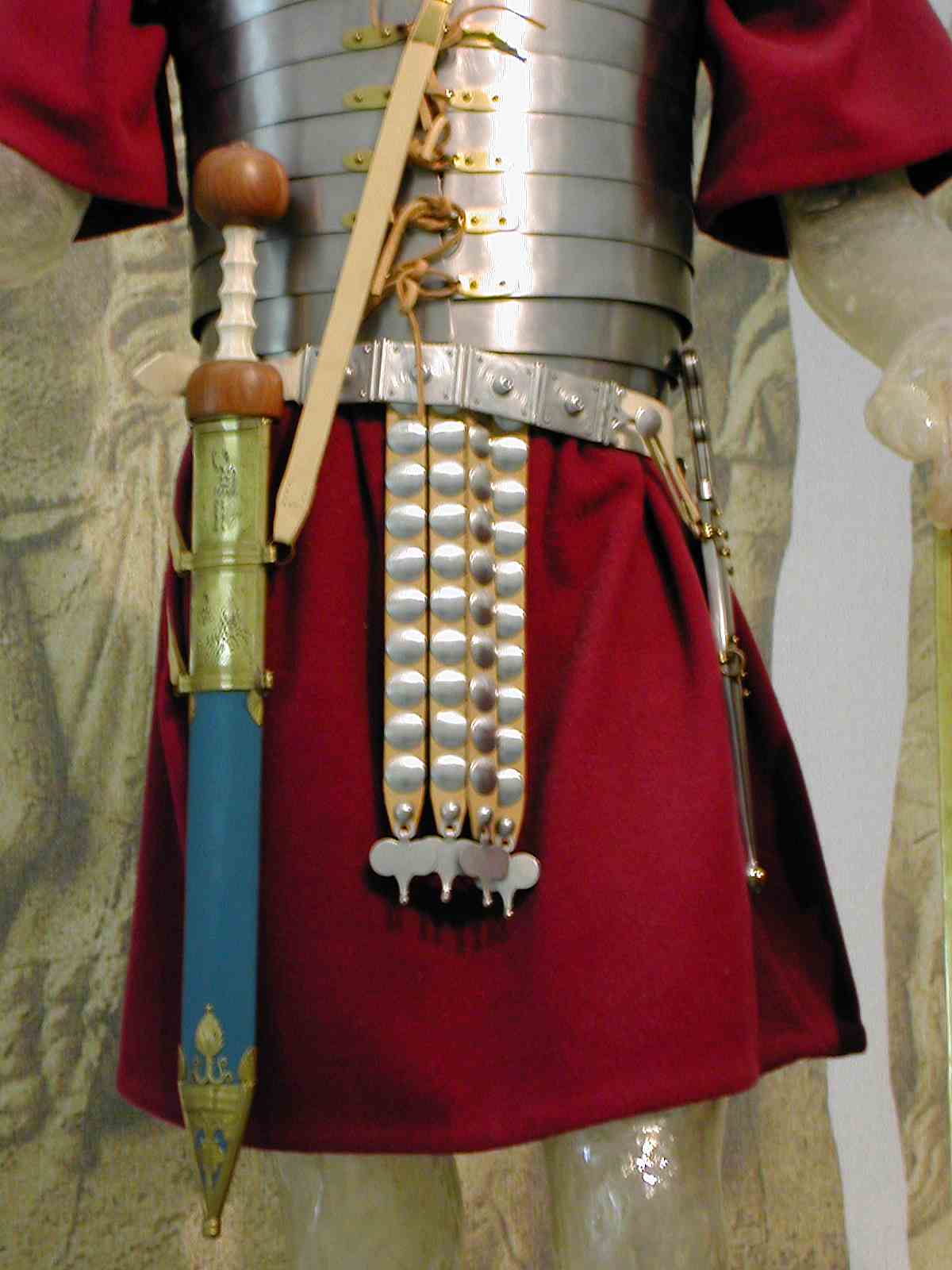 Chain mail with the typical hooks, nice example of a an early imperial cingulum, and a gladius pompeianus. 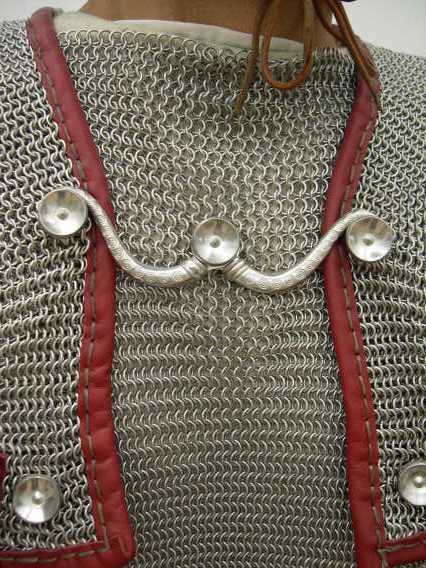 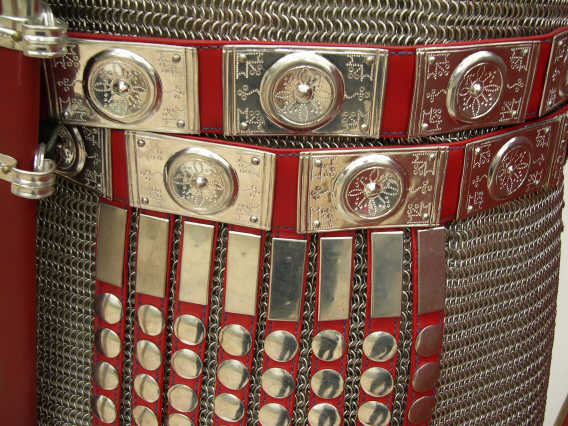 To the left late second century soldier with a helmet of the Niederbieber type, to the right third century AD a soldier wearing a lorica hamata body armour. Note the broad balteus shoulder sword belt with its elaborate decorations 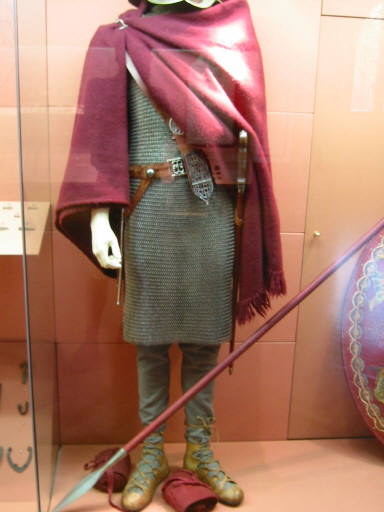 Below equipment of both the legionary cavalry as well as the auxiliary cavalry (alae) is shown. 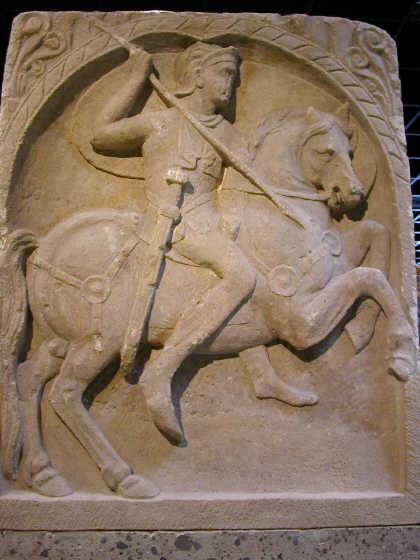 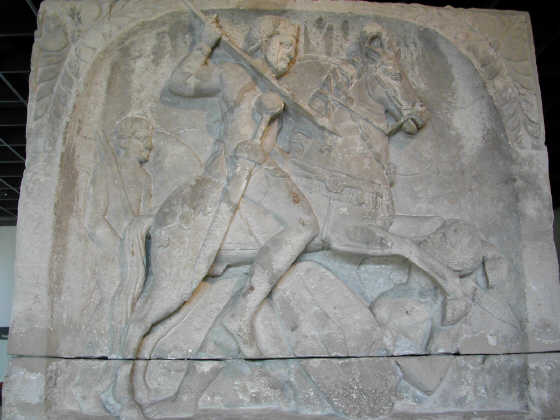 Military Equipment re-make of a cavalry soldier wearing a parade face mask helmet, an oval shield, lorica hamata as body armour, and a lance as offensive weapon, the long spatha sword can be seen on his right side 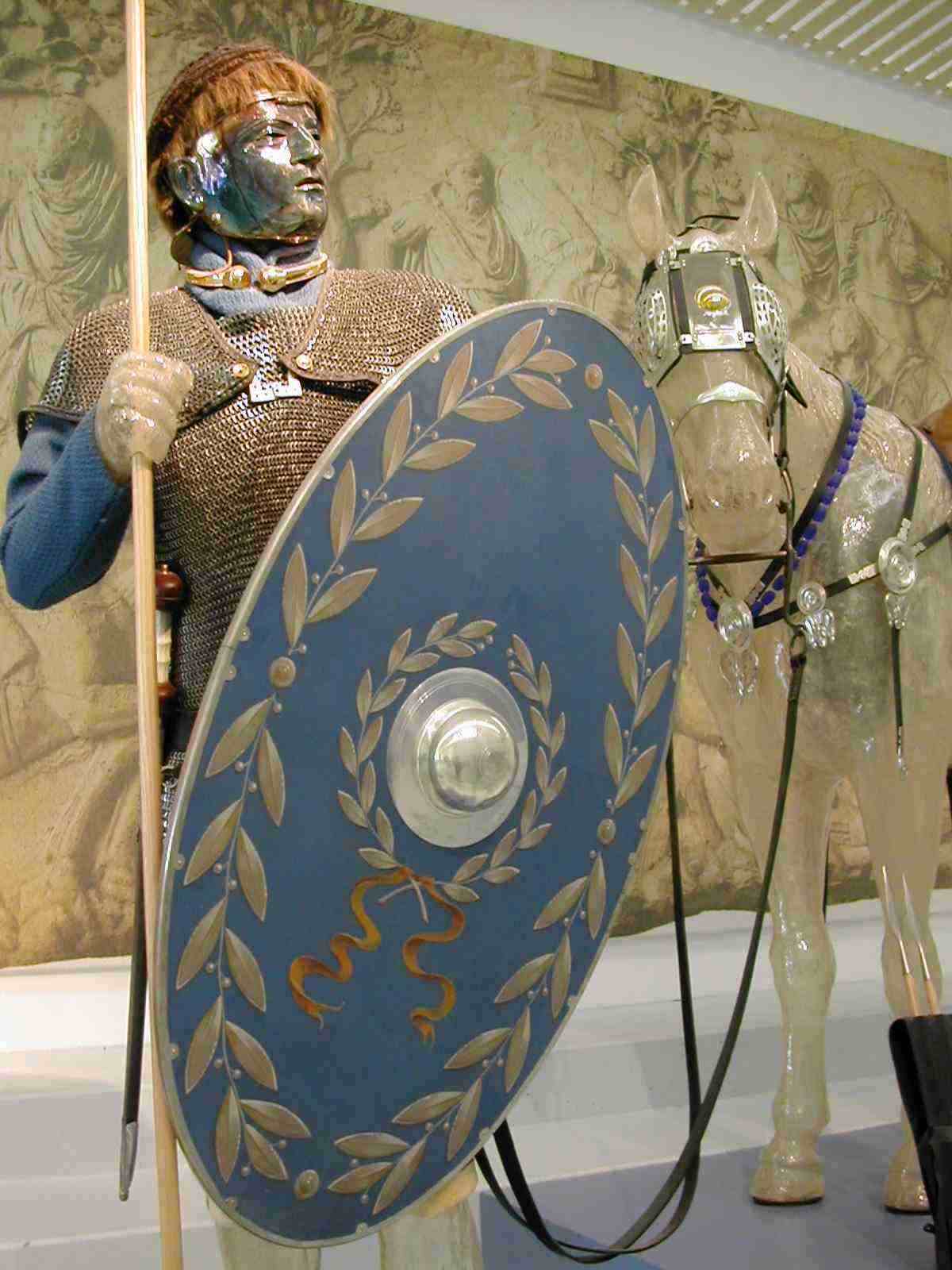 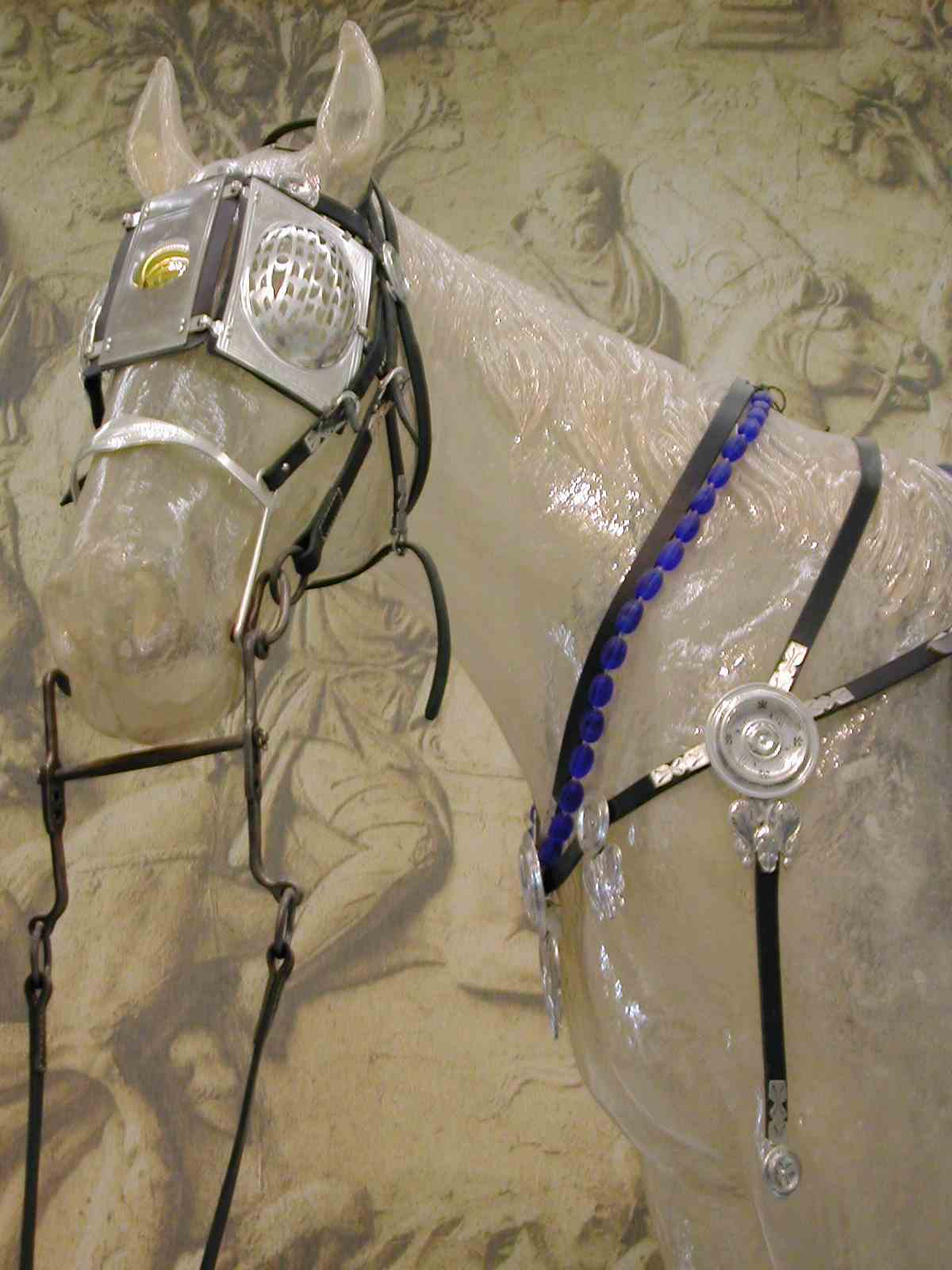