The first coins were "nuggets" of electron, a naturally occuring alloy of silver and gold, initially without much design, here a Trite from Ionia, 7th century BC 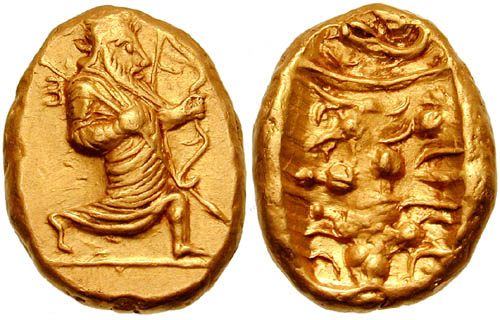 a Persian dareike, almost old fashioned at the time of 375 BC

Aegina, a famous trade coin, the tetradarchm, 5th century BC

The owl of Athens, a tetradrachm after 449 BC 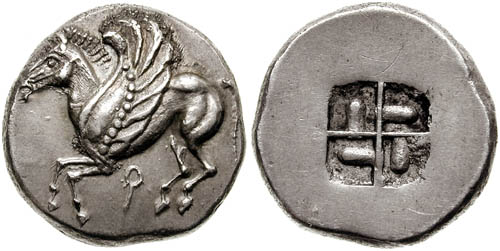 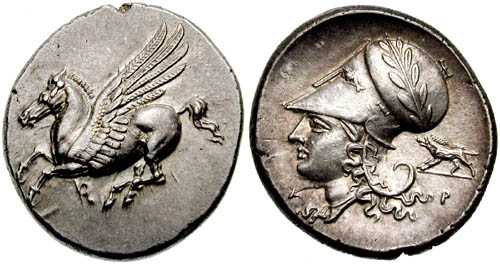 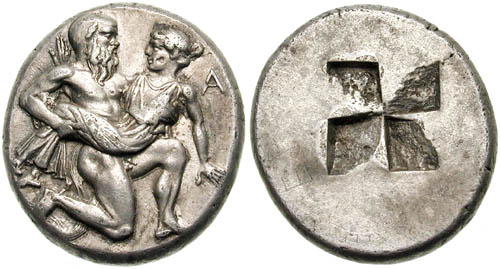 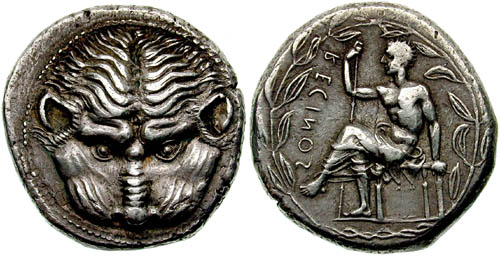 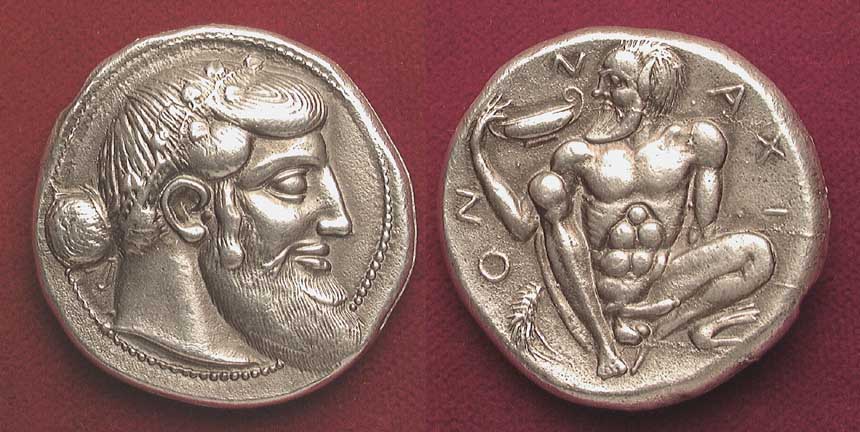 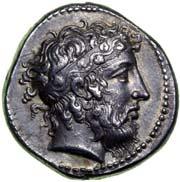 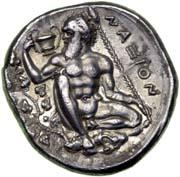 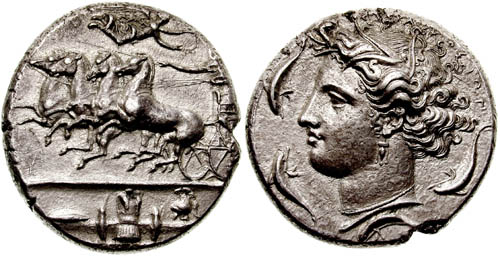 and by Eumenes and Euianetos 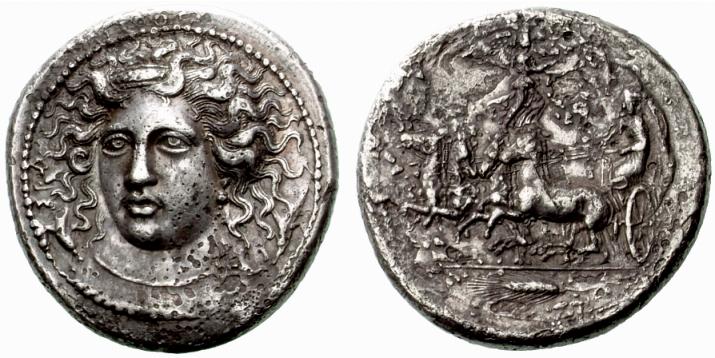 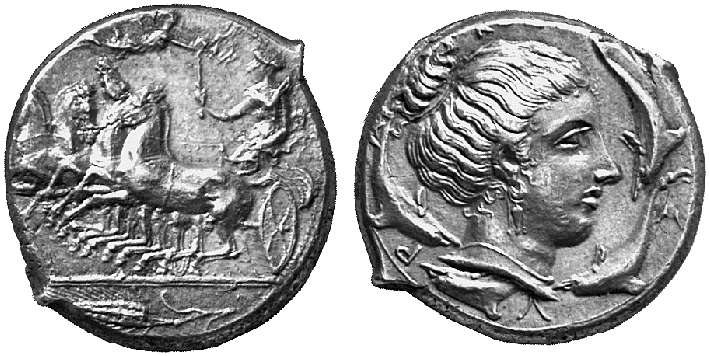 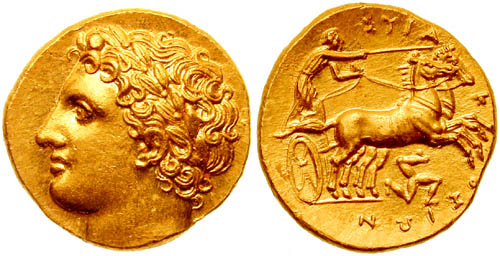 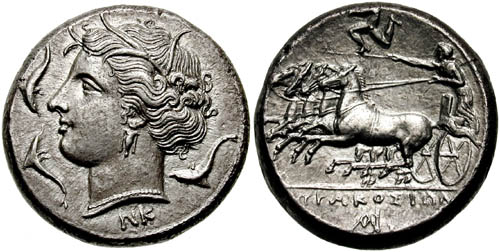 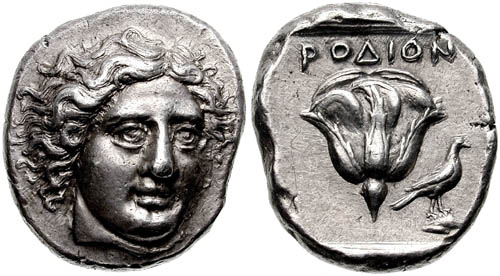 To the Hellenistic Kingdoms